Sometimes, declarations, statements and affidavits take away confusions. Many times, they trap us all into an unknown whirlwind and throw us far apart that we forget the purpose of our being. Such is the condition of many democratic countries including India. May what the historical reasons be, Israel is one among a few democratic countries with no written constitution. (other countries are New Zealand, and UK.  Also, up-until 1982 Canada).

I understand that it’s a strong statement against my nation, therefore, I am choosing to dig a little deeper into the subject at my level of understanding and analyzing. As to avoid confusions, let me declare that my knowledge of the subject is infinitesimally small or little, therefore, I welcome views and discussions and even criticism if one feels it is judicious!

In my understanding, a governing body at any level functions more like a casino. There are players and the house! When it comes to a nation the government is the house and the citizens are the players. Democracy is a beautiful art of making one of the players a part of the house. Thinking that the new elected player will play for his/ her fellowmen: 'across the table'. That’s a myth! the truth is that “The house always wins.”  One may refute these views.  However, for Israel, a democracy with unwritten constitution, citizens and nation are inseparable. In simple words,” people are the nation and nation is its people.” That’s the level of patriotism the citizens have toward the nation and the love nation has to it’s people, with no written constitution in between to fight for or fight with!

In Indian context, no matter which government ruled the country, there was always a protest to protect the fundamental rights, the constitution and more recently the democracy itself! There was no single protest to practice or even preach the fundamental duties! Surprisingly, Fundamental duties were added to our constitution as 42nd amendment in 1976! That’s the contrast! In Israel, citizen know their duties to the nation before they ask for their rights! Knowing the duties and implementing them in our daily life makes us more responsible and when anyone among such responsible citizens enter the league and play for the house, the people win!

In days ahead, I plan to write about success of Israel (nation and its people) in different verticals viz. education, agriculture, technology etc.

To begin with,
The secret of which as I see is in 2 levels.
a. On an individual level, the respect for the land and dignity of living the Israeli's carry as their skin.
b. At national level, functioning and governance.


It’s important to note that, Israel has adopted capitalistic or corporate approach towards functioning (unlike socialist or Indian). I was surprised; people here can’t inherit land for generations, in fact they don't own land! They lease it from the government for a tenure. Every small developmental project including domestic housing is undertaken by the government. Though, I am not fully aware of it’s how about, speaking to my peers here, I learned that, Government builds houses or licenses and sanctions developers to build houses for it’s citizen. Citizen purchase the license to live in that house and has the right only on the constructed property and not the land itself! So there are no 30-40 or 60-40 sites for sale, no illegal encroachments, no agony due to acquisitions when it comes to widening of roads or rails!

For those inquisitive minds wondering how big is Israel in comparison to India... 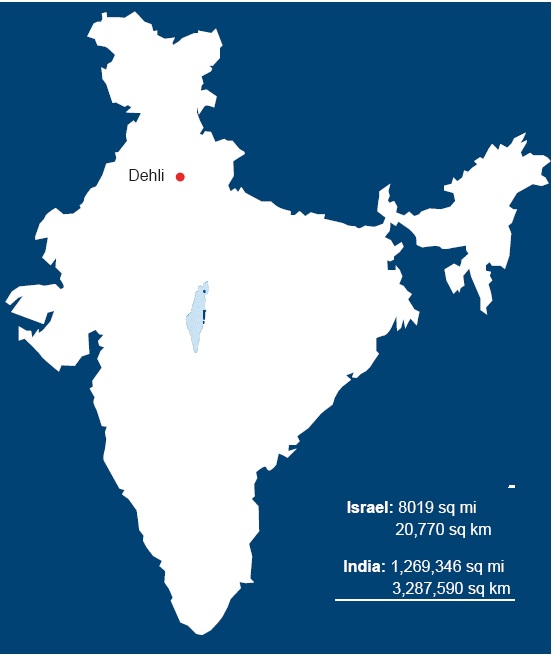 at September 25, 2018
Email ThisBlogThis!Share to TwitterShare to FacebookShare to Pinterest
Labels: Israel

With the COVID-19 outbreak having an unpre cedented impact on education, Springer Nature launched a global program to support learning and t...